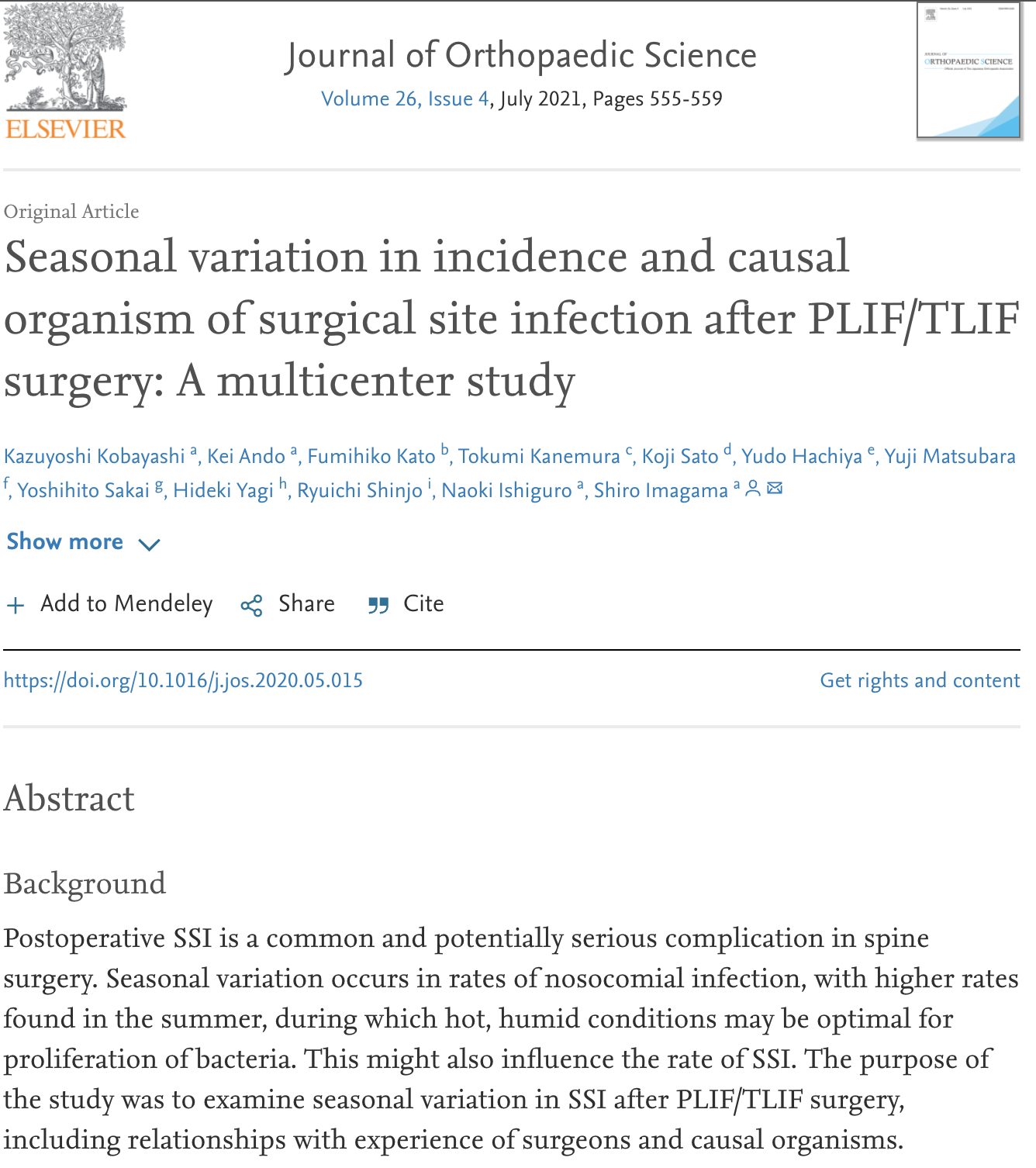 Postoperative surgical site infection (SSI) is an important complication after spine surgery that
can lead to poor patient outcomes. The reported incidence of SSI after spine surgery ranges from
0.5% to 20%, and can cause increased costs, length of hospital stay, and mortality in patients[1,2].
Gruskay et al. showed that there are higher rates of nosocomial infections in the summer[3],
leading authors to suspect that there may be seasonal variation in the incidence of SSI in spinal
fusion surgery.

The purpose of this study was to examine SSI after posterior lumbar interbody fusion (PLIF) and
transforaminal lumbar interbody fusion (TLIF) based on seasonal variation, experience of
surgeons, and relationships with causal organisms. A total of 1174 patients were identified who
underwent PLIF/TLIF surgery at one of ten hospitals in Japan between 1/1/2012 and 12/31/2014,
with similar surgical procedures followed at each institution. Infection was defined based on the
Centers for Disease Control guidelines for SSI. Patients were followed for at least two years after
surgery.

There are many factors that may influence the seasonality of SSI, including seasonal differences
in temperature and seasonal differences in bacterial prevalence in the community[4]. The current
study illustrates the importance of these risk factors, and can direct future preventive strategies.
The findings of this study were in accordance with previous studies which also found that SSI
rates after spine surgery are higher in the summer[4,5]. Seasonality should be taken into account in
strategies for SSI prevention, with particular attention on mitigation of increased temperature and
humidity in the summer, and on infection caused by Gram-positive cocci and S. aureus.