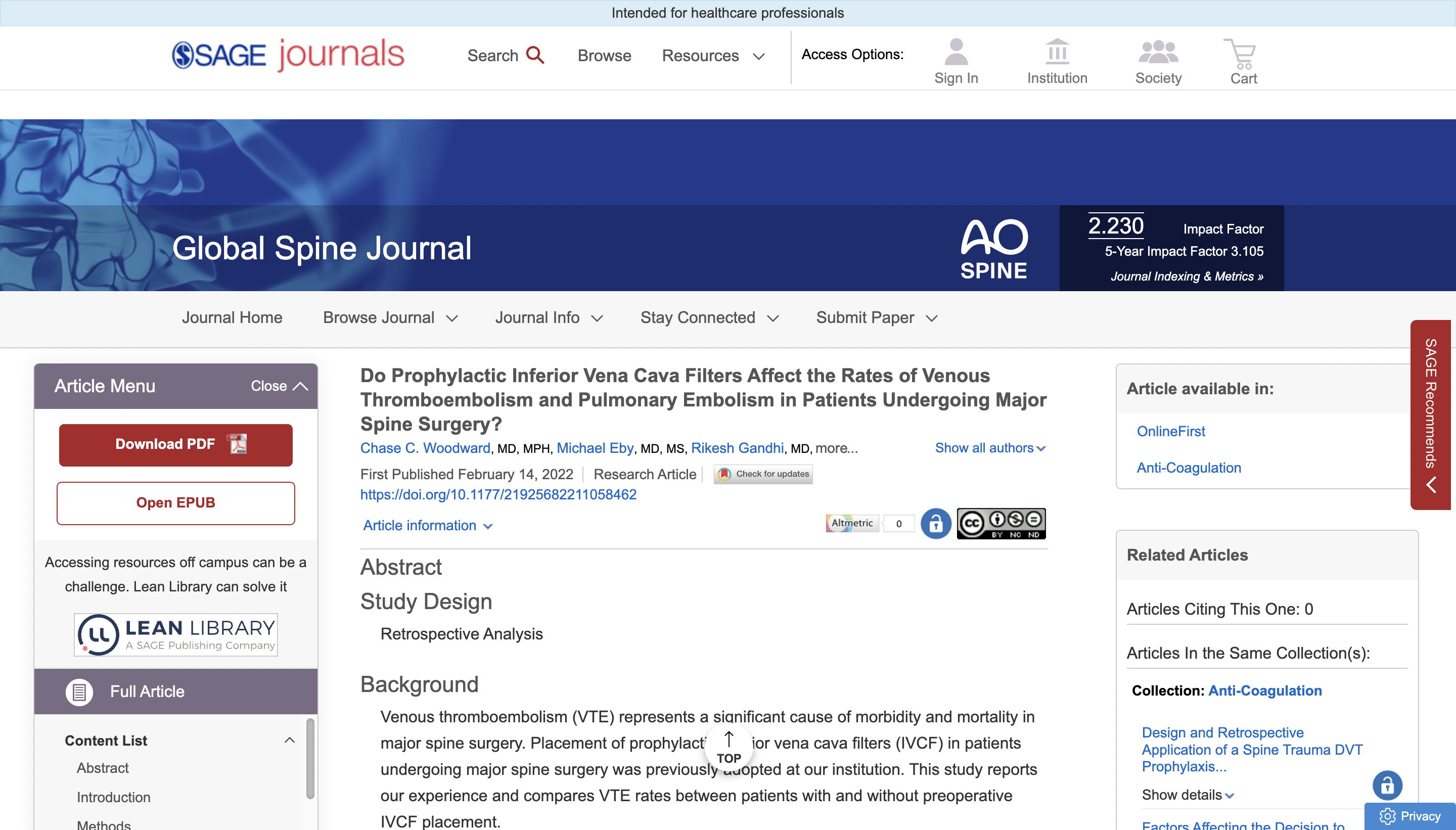 Venous thromboemboli are well known causes of morbidity and mortality in orthopaedic surgery. 1 When considering VTE chemoprophylaxis, it’s important to consider its risks and not only its advantages. Studies have found there to significant morbidity associated with anticoagulation use postoperatively. 2 Multiple studies have explored the use of prophylactic IVC filters for PE and have shown them to be safe. 3-4 However, IVC filter complications are more common than previously thought and remain an area of active investigation. Hence, the purpose of this retrospective study was to determine if IVC filters could be an effective replacement for VTE chemoprophylaxis.

A Retrospective comparative study was conducted on adult patients who underwent IVCF placement after a major spine surgery between 2013 and 2016. Thoracolumbar fusions of 7 or more levels and spinal osteotomies were included. Follow up was a minimum of 3 months. Of the total 258 who met eligibility criteria, 105 patients IVCF placement. The study found that the presence of an IVCF was associated with an increased rate of overall VTE (14.3% vs 6.5%, P ≤ .05) and DVT episodes (8.6% vs 2.6%, P = .04). There was also a positive association between longer duration of IVCF placement (>60 days) and VTE (56% vs 17.2%, P ≤.01). Additionally, postoperative hematoma/seroma was more common amongst patients with an IVCF.

Based on the results of this study, the authors recommend against the routine use of prophylactic IVCFs in adults undergoing major spine surgery. However, there are several limitations. IVC filter placement was typically due to one or multiple aspects of the patient’s history, creating a possibility for confounders. Occurrences of DVT could have also been underreported due to postoperative care outside the hospital system, physician/patient bias, or lack or asymptomatic surveillance bias.